Discovery Green serves the Houston area through continuous programming, attracting a diverse crowd, and maintenance to keep the park beautiful. These actions create a social, health, cultural, and economic impact on Houstonians and visitors. 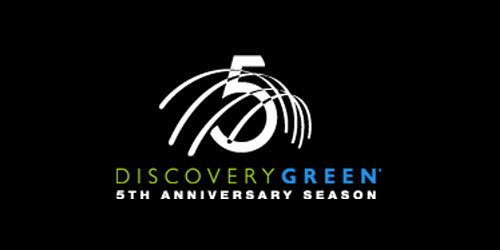 Discovery Green’s Mission:
“To provide an uncommonly beautiful, urban green space in the heart of Houston that serves as a village green for our city, a source of health and happiness for our citizens and a window into the incredible diversity of talents and traditions that enrich life in Houston.” 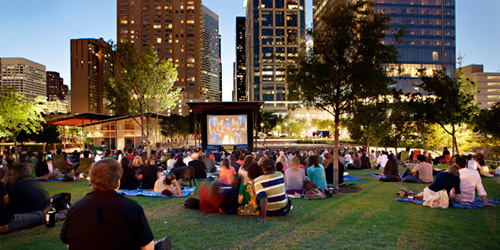 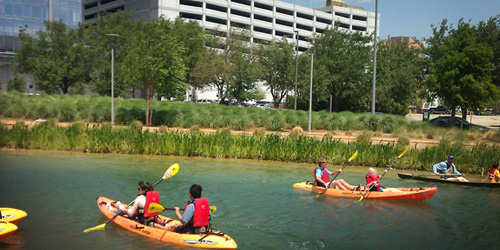 Discovery Green was envisioned by several committed Houston philanthropists, who saw the space as a once in a lifetime opportunity to create an urban park in the heart of downtown. In less than four years, the site that became Discovery Green was transformed from an undeveloped, concrete eyesore into a beautiful and vibrant destination adjacent to the George R. Brown Convention Center. Discovery Green exemplifies a successful public-private partnership between the City of Houston and Discovery Green Conservancy, a nonprofit 501(c)(3) organization, which operates the park and produces hundreds of free events each year. 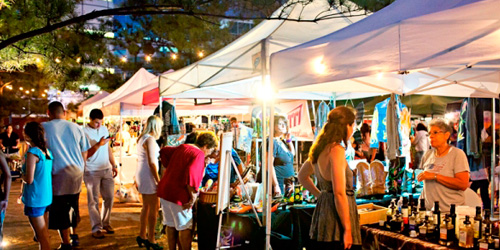 “Over the past two years, Discovery Green has attracted over 95,000 people to the park for 75 entertainment events such as concerts and movie nights, with the beautiful downtown Houston skyline in the background.“Even with all the activity onsite, it has a safe, community feeling, and is a comfortable setting for families, couples, school children, professionals—or anyone else who wants to find a relaxing green space without having to leave downtown.”
– Diane Summers, Executive Director, University Relations, UHD